The I.VW Insight Modules for executives aim at translating fundamental research knowledge into practical impact for the management of insurance companies. Firms can pick and choose from the full range of I.VW research topics to develop customized executive programs. Each of the Insight Modules is rooted in rigorous insurance research projects that the faculty stands for in academia and practice.

We create customized single- or multiple-day programs. Modules can be combined and booked for virtual or physical execution to assemble company-specific programs. The generic structure of each I.VW Insight Module is as follows:

Create a customized I.VW Insights program by selecting the best-fitting modules from the exposition below

1. Insurability of pandemic risk: Is there scope for it?

Covid-19 led to a sharp decline in consumer spending: For instance in the US, 67 % of this decline affected sectors that involve in-person services. This aspect raises the case for an insurance policy that provides protection against pandemic-induced unemployment. We calibrate the loss distribution of the contract using data that tracks the impact of Covid-19 on the economy. The calibrated loss distribution is then priced using the supply function of catastrophe insurance. This provides a baseline for discussing the scope for pandemic insurance and potential application for private public private partnerships.

2. The relationship between net promoter score NPS and insurer’s profitability

Contrary to theory-based arguments, but in line with prior results from other industries, we find strong evidence that customer satisfaction (CS) measured by the NPS positively affects insurer’s profitability. This positive effect is considerably large and remains, even when looking only at customers with claims in the past. Hence, a strong indication can be derived that CS is a relevant driver for profitability. Therefore, insurers are right when they consider CS as a major goal of their organization and make management’s compensation depend on their CS.

In most industries, companies aim to increase producer rents by using the customer’s WTP. In contrast, insurance companies still base their pricing directly on the product costs. We investigate the pricing behaviour in different segments of the life insurance market by comparing market prices, actuarial fair pricing and the willingness to pay for various customer groups and product categories on a large data set. Based on this information, we discuss new techniques like dynamic pricing and innovative risk classification and analyse their market potential.

As technology advances, on-demand insurance products are developed to cover risk in a short-term period. A reduced-period insurance contract grants policyholders the freedom to choose, in a very manner, when to be insured. Such contracts change the way the relevant risk is perceived. We run an experiment and show that individuals can become extremely risk-averse when short-term insurance is offered. Compared to traditional insurance contracts, the policyholder’s willingness to pay for such treaties is very high.

Using data on cyber losses we consider the potential market equilibrium for cyber insurance and show a market failure when portfolios of cyber risk are constructed. This can be explained by the distinct properties of cyber risk, namely heavy tails, strong (tail) dependencies, high costs due to asymmetric information, and modelling risk. The results help to explain why many insurance companies are reluctant to offer cyber insurance on a broad scale. We also discuss ways to overcome market failure. Our analyses expand results from catastrophic insurance and have implications for corporate risk management and public policy.

2. Future of Work and Implications for Social Security

The current social security systems are the response of developed countries to the socio-economic conditions of rapidly growing industrial societies. These conditions no longer exist in the 21st century. The digitalization of the economy and society is leading to increasingly global competition, unstable employment histories and further changes in the labor market and social value system. This module analyzes the consequences of this development for the pension system in Switzerland and outlines possible adjustment for the public and private pension system.

3. Insurability of Pandemics and the Performance of the Insurance Industry During COVID 19

After discussing the performance of the insurance industry in the COVID-19 crisis, we consider the potential of innovative risk transfer instruments for managing pandemic risks. We consider the potential product design for a government or industry participant issuing a pandemic business interruption bond. We consider both supply and demand for securitized pandemic business interruption risk to assess which securitization structures would be compatible with an equilibrium.

This module highlights seven major trends and challenges the insurance industry is facing with respect to the next 5 to 10 years. Among these are the low interest rate environment, the changing customer behavior, and the role of insurance in a digital world. The list of trends and topics can be composed on demand of the client. The session is interactive in the sense that the relevance of the trends and the position of the own company with respect to the company is analyzed in a live survey. The module is therefore especially suitable for strategic discussions at the board level and can also include latest strategy tools developed at HSG.

An insurance protection gap measures the relation between protection needed and protection available. In 2019 the global protection gap for natural catastrophes was 76% – meaning that only 24% of actual losses were insured. The puzzling fact is that even in the most developed insurance markets in advanced economies the gap is still 65%. The objective of this module is to discuss the contribution of various demand and supply factors to impede global risk sharing and to evaluate the scope for public policy.

During the last decade of low interest rates, insurers were actively looking for alternative investment opportunities to boost the asset returns. Investment in infrastructure came out as an attractive alternative asset class seemingly aligned with insurers long-term investment horizon. This module will evaluate the challenges and advantages of insurers participation in infrastructure financing relative to other institutional investors and the public sector. It will also summarize recent industry and public sector initiatives to create infrastructure as an asset class suitable for passive investors.

Private equity firms have been active in acquiring closed insurance books of life insurance companies and pension liabilities of corporate sponsors in Europe and the US during the last 10 years. Life insurance and pensions long-term businesses appear in odds with a typical strategy of private equity firms to improve the target’s efficiency and sell it after 3-5 years holding period. In this module, we explain the business model of private equity in insurance, discuss the sources of value creation and the particularities of the business models across markets in Europe and the US.

4. Too-Big-to-Fail: Evolution and effectiveness of the post 2008 regulatory reforms for banks and insurers

The global financial crisis in 2008 prompted a wave of new international regulatory initiatives led by G20 to end too-big-to fail. These reforms aim to address the risks associated with systemically important financial institutions (SIFIs). The “too-big-to-fail” (TBTF) problem arises when the threatened failure of a SIFI leaves public authorities with no option but to bail it out using public funds to avoid financial instability and economic damage. More than 10 years after the crisis, it is possible to assess the impact of these reforms. This module will review the major policy developments and assess their impact on the financial system.

1. Would I Lie to You? How the Interaction with Chatbots Changes Honesty Norms

Dishonest behavior in insurance markets creates inefficiencies worth billions of dollars globally: either directly through undetected insurance fraud or through measures preventing or detecting fraud. At the same time, we observe a vast substitution of humans with automated and autonomous chat systems. In this module, we’re asking whether this development driven by technological innovation as well as efficiency and engagement goals can backfire in that dishonest behavior becomes more prevalent in an interaction with a machine as opposed to a human?

With the rise of new technologies, insurance companies increasingly use telematics devices to monitor policyholders and to condition premiums on overserved behavior. This is common, for example, in health or auto insurance. Given that technology costs are low, and that observed behavior is a good signal of the individual’s risk type, telematics contracts increase efficiency because they eliminate information asymmetries; however, at the expense of customer privacy loss. In this module, we look at these demand-side costs by eliciting the dollar-value individuals assign to their personal data.

3. Will They Pay? The Impact of Contract Nonperformance Risk and Uncertainty on Insurance Demand

Public perception of insurance, fairly or not, is impacted by media coverage documenting cases of contract nonperformance – i.e., situations in which claims perceived as valid are not settled. Demand-side behavior is affected in a significant way by this. In this module, we look at the empirical evidence on the detrimental effects of perceived contract nonperformance risk on insurance demand and this differs between different types of insurance companies. A particular focus will be on a realistic setup, where probabilities for such events cannot be judged by the public.

4. The Value of the Golden Rule in Insurance: Mitigating Moral Hazard through Reciprocal Motives

The provision of most insurance products is rooted in the idea that a group of individuals mutually supports each other conditional on the realization of a predefined event. A core assumption for its functioning, however, is that insureds do not change their behavior once insured. The vast economic losses induced by moral hazard emphasize that this precondition is often violated in real markets. In this module, we look at non-standard ways to reduce moral hazard that exploit reciprocal motives of insureds, which can be embedded in the product design and used for framing claiming decisions of policyholders.

Extreme events such as natural catastrophes, global pandemics, and major terrorist attacks have always been a substantial concern to society and the insurance industry. This course explores the technical reasons that make extreme event risks difficult or impossible to insure. The problems arising from highly correlated risks and extreme loss severities are illustrated using a rigorous model framework. The course introduces participants to instruments that may be used to tackle different types of extreme event risks, including alternative risk transfer, insurance-linked securities, and public private partnerships.

Digitization is reshaping the insurance industry at full throttle. Within less than half a decade, new entrants have introduced advanced technologies and innovative business models that are rapidly redefining the standards for insurance companies and brokers. This course considers business model innovation as one of the most promising responses for incumbents. Methodologies to develop new business models are combined with important strategic directions such as industry-transcending ecosystems that radically improve and facilitate a certain sphere of the customer’s life. Finally, we analyze the potential of existing business model innovations in the industry.

The advent of data analytics and artificial intelligence (AI) is among the key developments that will shape the insurance industry in the years to come. This course introduces executives to data science and AI. First, we consider basic types of data as well as general goals in data analytics. We then discuss the anatomy of statistical models including model specification, parameters, fitting/training and prediction. Finally, the potential of data analytics and AI in different areas of the insurance business are highlighted using real-life examples.

Due to its enormous size and capital base, the insurance industry should play a key role in countering climate change. To do so, the major capital flows associated with its investment and underwriting businesses must be redirected towards carbon-neutral activities. This course focuses on the potential of the insurance industry to combat climate risks and to reduce global protection gaps that persist globally. In addition, it touches on new risk transfer tools and business models that help to build resilience to climate and natural disaster risks in line with the UN Sustainable Development Goals. 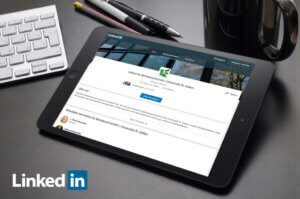 Stay up to date!

Follow the Institute of Insurance Industry on LinkedIn to stay up to date on news, events and jobs, and connect with people who help you move forward.